Mr. Hiroshi Kawamura (Past President, DAISY Consortium) will also give valuable advices to the NVDA community.

We would like to express a hearty welcome to all who are interested in NVDA, accessibility, screen reader, speech synthesizer, braille display, open standards, and inclusive development.

Notice: PyCon JP registration is required for the Sunday program.

At the end of April, I became one of the members of NVDA translations.
At the same time, I started the new group, NVDA Japanese Team, in Japan.
Official site is http://en.sourceforge.jp/projects/nvdajp/devel/.
Localized beta version of NVDA is available.
We also release Java Access Bridge 2.0.2 installer and older versions of LibreOffice and OpenOffice.org with the accessibility option enabled.
Source code of nvdajp is also available at launchpad.net/nvdajp.

Our goal is to contribute our efforts to the main stream of NVDA.
Toward Windows 8, it is important to consider security model or digital signatures.
Japanese Team is planning to make executables with digital signatures by ourselves, however, it is not desired solution in the long run.

Besides the translation of documents, messages and character tables, Japanese Team is working for the issues as follows:

It is a new challenge to make our contributions into NVDA-addons, which will be available for NVDA 2012.2 and later versions, as much as possible.

As a first step, we are making the JTalk Japanese TTS as the add-on, which runs on NVDA 2012.2 beta versions.
If you are interested in Japanese speech engine, please evaluate the current version as follows:
Release Note
Download
Note that JTalk2 is experimental multi-lingual engine which uses both eSpeak and JTalk internally.
It is tested on Windows XP Japanese, however, I am not sure how this package is depending on locale.
(note: JTalk addon is updated on May 28 19:10 JST. Moved from dropbox to sourceforge.jp on June 13.)

We would like to provide information on the activities of Japanese community of NVDA. Currently 2012.1j-beta2 is released.

Release by NVDA Japanese Project (nvdajp), based on NVDA 2012.1 from nvda-project.org.

This release is Japanese localization of the NVDA open-source screen reader for Windows.

What’s New in this version:

We use launchpad.net as bazaar source-code repository.

Repositories are as follows:

NVDA (Non-Visual Desktop Access) is developed by an NPO based
in Australia.

I am participating as the project leader of Japanese localization of NVDA since 2011.

Assisitive technlogy is making evolutions, as well as the other technologies.

In Japan, most of the core technologies, such as text input method, speech synthesis, and automatic braille translation, have not been freely available, so the Japanese community is behind the times.
This is the reason I committed to the project so deeply since the earthquake.

Functions of reporting Japanese input method has limitations as follows:

(1) IME support does not work properly with Wordpad, Microsoft Word, and Internet Explorer.

(2) With Internet Explorer and some applications, after writing some Japanese characters within a textbox,
pressing Escape key without finishing composition may cause collision of escaping edit mode with canceling Japanese composition.

(3) With 32bit applications, key-echo of Japanese input is delayed, because the report is performed at the key-up events.

Although the activity is separated from the mainstream development now, international cooperation, such as helping development of Chinese text imput support, is very important.

We started discussions with an NPO in Japan to obtain the support. I am also seeking the consultation business related to the software, or a position of full-time researcher where I can keep the engagement of NVDA development. I hope I can inform the good news this year. 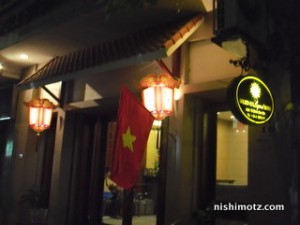 END_OF_DOCUMENT_TOKEN_TO_BE_REPLACED

This post is excerpt from the draft version of the abstract of doctoral dissertation.
My public hearing for the dissertation will be held this month at Waseda University.
Although the thesis itself is written in Japanese, I am willing to write the related topics here in English.

This work also describes four research projects including the development of speech applications and the evaluations of speech interfaces, which are performed based on the proposed methodology.

END_OF_DOCUMENT_TOKEN_TO_BE_REPLACED

A twitter-based captioning tool is under development.
Re-Tweeted messages are selected and highlighted.

The system is http://rcpt.cc.
Project Information page is available in English.

P.S.
The feed function of my blog system was something wrong.
Now I tested and http://nishimotz.com/feed/rss2/ seems OK.

My talk on audio CAPTCHA at ICCHP finished yesterday in Vienna.

I enjoyed using Twitter during the conference. Thank you.

My slide and my tweets at ICCHP is as follows: Takuya Nishimoto, Takayuki Watanabe: The Evaluations of Deletion-Based Method and Mixing-Mased Method for Audio CAPTCHAs.

END_OF_DOCUMENT_TOKEN_TO_BE_REPLACED

An experimental dialog manager of Galatea for Linux, using lib-julius and OpenCV, written in C++, is under development.
The project is focusing on the low-level multimodal event handling, while Galatea Dialog Studio is focusing on higher-level dialog management using VoiceXML.
Although current version is just the skeleton of applications, I would like to ask for feedback from the developers.

To test the MSAA-related features of Microsoft Japanese Input Method Editor MS-IME 2002 for Japanese version of Windows, I am working with pyAA.
This is a preliminary work for localization of NVDA for Japanese users.

I tried to adopt original pyAA to Python 2.6.x.
At first I obtained the source code (of simpler branch) from CVS repository, then I built it with Visual Studio 2008 and SWIG. I also modified the code so that the Value-property can be accessed correctly under multibyte charactor coding environments.

We are successfully proceeding the work with it at the moment.
At the previous meeting of NVDAjp project, we added some code to NVDA, and verified that the WinEvent of MS-IME 2002 can be captured and the Value property can be accessed using IAccessible interface.

Related pages in Japanese (not yet translated) : pyaa and nvdajp

Notes on Feb 27 : I created a github repository of pyaa.